The Orate family: with Thenamaris for two generations

Victorino’s father, Captain Hilarion Orate Senior, first joined vessels managed by Thenamaris as a captain in 1979. In his words: “I chose Thenamaris because the company managed new ships and had a reputation for creating a good working environment.”

Victorino followed in his father’s footsteps and joined the Thenamaris fleet as a Wiper, the junior crew member in the engine room, in 1984 after he graduated from college. He was promoted to Chief Engineer in 1999. His brother, Hilarion Orate Junior, was the next member of the family to take up a role on board vessels managed by Thenamaris, starting as a Messboy in 1987, being promoted to Master in 2006 and eventually succeeding his father as Captain on board the vessel SEALINK. Hilarion Orate Junior is still working on Thenamaris managed vessels, while his father retired in 2008, having accumulated nearly 300 months of sea time in command.

Mutual respect and a great sense of camaraderie

Around 2,110 seafarers are employed and serve on board vessels managed by Thenamaris. They are all carefully selected and trained to ensure they have the skills and experience to safely operate ocean-going vessels and deliver cargoes to their global destinations. Filipino seafarers, such as the Orate family, have a long and distinguished history of working at sea, and are known for their dedication and industriousness.

For his part, Hilarion Orate Senior describes what he valued most about the working conditions he experienced during almost three decades of service on vessels managed by Thenamaris. “The people at the offices, both in Manila and in Athens, are honest and cooperative,” he says. “They’re fair and considerate, they treat you as an equal, and there’s mutual respect between the people in the offices and those who work on the vessels. You can discuss personal matters and there’s a good sense of camaraderie. The people at the offices are also eager and ready to help in whatever way possible when there’s a problem or crisis on board.”

Finding solutions: from Piraeus to the North Pole

His son, Chief Officer Victorino, agrees: “During emergency situations, the personnel at the offices don’t give up until they’ve found a solution. For example, I was once on a vessel in the middle of the ocean that suddenly shut down at 2.00 am, Greek time. The operators in Athens responded immediately and helped us to resolve the problem.”

Captain Hilarion Orate Senior adds: “If someone is sick on board, the operators in Athens or the office in Manila will always get them the help they need, wherever they are. Thenamaris also invests a lot in making sure the vessels it manages are well-provisioned. A unique aspect of Thenamaris is that they manage to send you spare parts when you need them as promptly as possible, wherever you are in the world – even at the North Pole!”

He recalls an occasion when the vessel on which he was working had to wait in Russia for four months until it could discharge its cargo. “The ship was running out of food provisions and water due to the long, unscheduled delay, but the managers were quick to send money and supplies to help the crew get through this difficult time.”

In a similar situation, in 2004 SEALUCK II stayed at anchor in Australia for 35 days, and there were difficulties in transporting food and supplies to the vessel. “We were all very surprised when a helicopter arrived, delivering everything we needed!” he says.

Captain Hilarion Orate Senior believes that quick decisions and good communication set Thenamaris apart from other ship management companies. “The job of a Captain is very complicated and sometimes you need an extremely fast response. The Operations, Technical and Marine Personnel departments at Thenamaris in Athens and the personnel in Manila are available 24/7 to deal with problems, so communications are smooth for the officers on board.”

Victorino worked on board vessels managed by another Greek ship management company for a while, but chose to return to Thenamaris-managed vessels because, as he says: “Thenamaris is different. It has exemplary systems for training Chief Engineers, for assisting vessels during emergencies, and for sharing work across the crew.”

Captain Hilarion Orate Senior adds: “Along with excellence in technical management, Thenamaris is equally good at operations and chartering. Before a vessel has completed discharging the cargo on board, they have already found new employment for the vessel. Even when the vessel is still at dry-dock, the crew knows where the ship is going next.”

Thenamaris also manages to withstand challenging times. During the 1980s, the Greek shipping industry was plunged into crisis. However, Thenamaris continued to operate its fleet under management, and thereby secured employment for the men on board. He adds: “This is why my boys also started working on vessels managed by Thenamaris.” 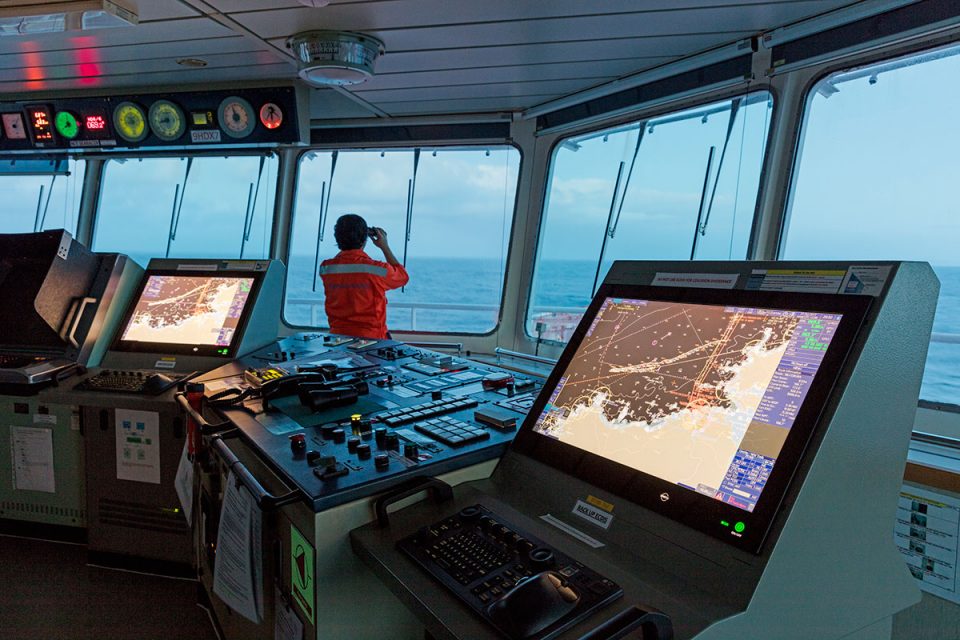 The Orate family has witnessed numerous changes in working methods during their many years of service. “Telecommunications have improved greatly through email and Skype,” says Captain Hilarion Orate Senior. Meanwhile, Captain Hilarion Orate Junior believes that: “Thenamaris has further advanced its way of working in recent years, especially its investments in software and hardware.”

For Chief Officer Victorino, it is changes on the technical side that have made the biggest impact. “Newbuildings have been upgraded, with new automation and engines, and there is also more training on newbuilding vessels, increasing the competence of the crew.”

However, while the company has moved with the times to keep ahead of technical changes, the Orate family believe that other important aspects of working life at Thenamaris have remained constant, including job security and the comprehensive support offered to crew on board the vessels.

‘Family reunion’ in the Philippines

Every November Athens office employees visit the Philippines and a crew seminar takes place in the office of Thenamaris Philippines, Thenamaris’ crewing agent in Manila. This seminar features lectures and discussions on the latest evolutions in vessel operations, new regulations and important crew-related matters. The event closes with a party organized by the Seafarers’ Wives Association of Thenamaris Philippines, which families also attend. “It’s just like a family reunion,” says Captain Hilarion Orate Senior.

The Orate family is united in its view that Thenamaris has a bright future. Captain Hilarion Orate Senior is pleased that his sons are still working for the company and are happy in their jobs. He also hopes to have a grandson who will continue his legacy and become the third generation of the Orate family to work for Thenamaris.

His son, Hilarion Orate Junior says: “Thenamaris is very well positioned for the future. The systems at the Athens office improve all the time and the company’s principals are currently buying and building more ships. This will reduce the stand-by time of the crew and create more opportunities for employment.” Chief Officer Victorino adds: “I believe that if Thenamaris continues to expand its fleet and maintain its aim of achieving the highest quality in everything it does, it will become one of the best ship management companies in the world and secure an extremely stable position in the market.”

By employing dedicated professionals like these three members of the Orate family, Thenamaris is certainly on the right track. Thenamaris is how shipping should be.