Consistent with the company strategy of identifying and leveraging leading edge technology to improve performance, Thenamaris was the first ship management company worldwide to select the G-type engine for a newbuilding vessel under its management.

Back in June of 2011, after completing a comprehensive risk analysis, Thenamaris decided to select the 6G80ME-C 9.2 engine. At the time the G-type design existed only on the drawing boards of the well-established engine designer MAN Diesel & Turbo.

The vessels selected for the use of the 6G80ME-C9.2 engine were two 5,000 TEU capacity container vessels, SEASMILE and SEADREAM. Both vessels were contracted to be built at Hyundai Samho Heavy Industry in S. Korea. 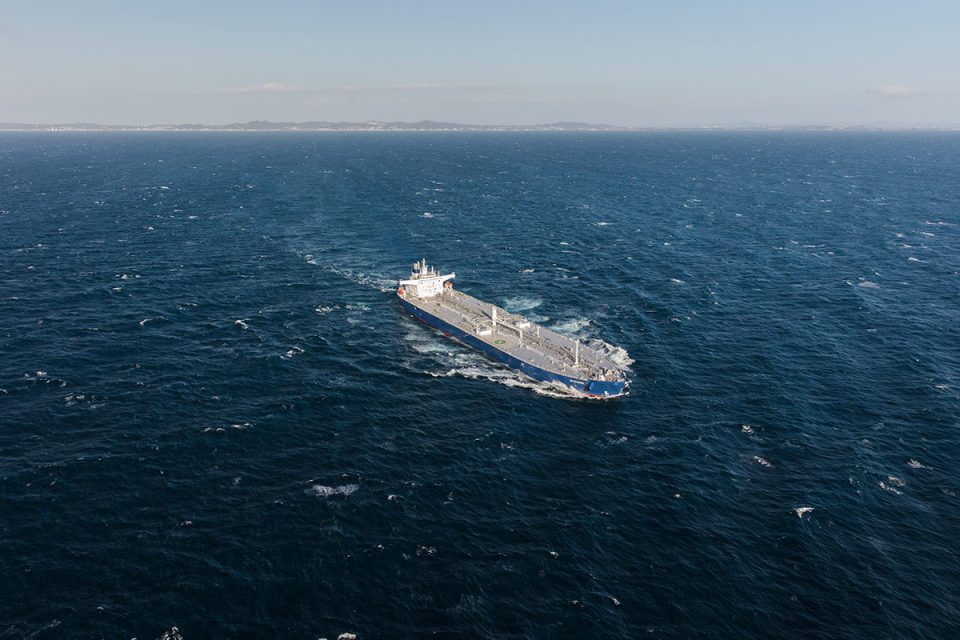 The work associated with the decision to use the new G-type engine involved close and ongoing collaboration between the Thenamaris Newbuildings Team, MAN Diesel & Turbo, and Hyundai Heavy Industries in Korea. This collaboration included the research and development of new ideas and significant on board testing, enabling the team to identify and solve the engineering challenges resulting from this effort. For example, one issue that had to be addressed was the cold corrosion on the main engine components due to the ultra-fuel efficient design of the engine.

When SEASMILE was launched in August 2013, the benefits Thenamaris expected from the decision to install this innovative new engine were indeed realized. SEASMILE achieved the lowest fuel consumption in the market for her vessel type and size, as well as the desired flexibility in terms of her operation being able to sail safely at ultra-slow speeds. Since delivery of these containerships, Thenamaris now has 14 more vessels under its management sailing with the new G-type engines including both tankers (VLCCs – 7G80ME-C, Suezmaxes – 6G70ME-C, & Aframaxes – 6G60ME-C) and bulk carriers (Capers – 6G70ME-C, & Containerships – 6G80ME-C).

The results seen from all vessel classes were particularly impressive and suggest the engine’s impact in terms of reduced fuel consumptions is the most significant on these largest cargo ships.

In a competitive environment where management of fuel consumptions is a key to success, the Thenamaris team will continue to investigate and evaluate the benefits to be provided by leveraging new technology.