Captain Yiannis Bourboulias, who last served as Master on SEAKING, has been working on board Thenamaris-managed vessels for almost 40 years, earning him the position of the longest serving Greek Captain. In 1981 Captain Bourboulias commenced his service as a cadet officer on board the Ore-Bulk-Oil carrier Thanasis M., and has been a seafarer with Thenamaris-managed vessels ever since.

Captain Bourboulias explains, “Being born in Lefkos, a village close to the sea at the south part of Pelion peninsula, I became aware of the sea at an early age.” Lefkos is very close to Cape Trikeri, an area famous for its seafarers who are known for their strong practical seamanship. “I very often heard stories about life at sea and the opportunities it brings to discover new places and new cultures. This was an important factor in my decision that the life of a seafarer was for me.”

Having worked at sea for over three decades Captain Bourboulias has seen many changes and successfully faced many challenges. Thenamaris significantly grew its tanker fleet under management during the 1990’s, and in 1992 Captain Bourboulias moved from serving on board dry bulk vessels to tankers and with this move tackled the need for new skills and the undertaking of different types of responsibilities. In 1997, he was promoted to Master on SEAEXPLORER, and with this leadership role once again required different skills and abilities. However, what Captain Bourboulias considers as one of the biggest challenges he has faced in his seafaring career is something all seafarers face – being away from family.

Recognizing and respecting the many challenges seafarers face is something the Thenamaris team takes very seriously. Captain Bourboulias has experienced this first-hand during his career: “Thenamaris supports seafarers in multiple aspects: educational matters, financial matters, career opportunities, promotions and fleet to shore moves. Working for Thenamaris makes me feel confident. I sincerely hope that when I decide to retire, as a Master and as a seaman, it will be with the same company whose pool of seafarers I started my career with – – Thenamaris.”

“I grew up on the island of Patmos, where my father was a seafarer” explains Polikratis. “Whenever he would ask me what I wanted to be when I grew up, I would always reply without hesitation ‘a ship engineer’”.

In addition to serving on board numerous Thenamaris-managed vessels, Polikratis also worked at a Thenamaris Site Office in S. Korea for eight months to support the construction of a newbuilding vessel. “The overall experience I have gained during my 40 years with Thenamaris has been invaluable,” says Polikratis. “Joining the Thenamaris seamen pool has been the most important decision of my life.”

Polikratis also shares Captain Bouboulias’ sentiments about the support provided to seafarers working on board Thenamaris-managed vessels. “The warmth of the people, the job security, the feeling that you are never alone – all these elements have made me feel that Thenamaris is my second home and that I am part of the Thenamaris family.” 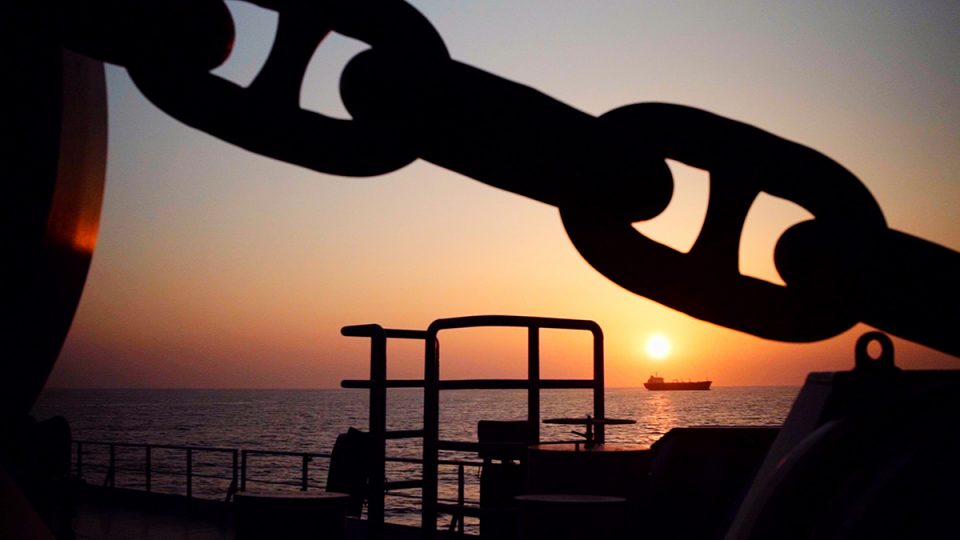 When talking about the next generation of young seafarers, both Captain Bourboulias and Chief Engineer Polikratis are pleased to see more young people in Greece choosing a career at sea. According to Polikratis “What is important for a young seafarer to remember is that it takes patience, strong will, hard work and love for what you do to go up the ranks on board.”

It is clear that both Captain Bourboulias and Chief Engineer Polikratis have exhibited these characteristics and behaviors during their years of service on board Thenamaris-managed vessels. We congratulate them for their many years of good service, recognize the personal growth and development they have exhibited throughout their careers, and respect and admire them for the various challenges they have successfully faced.

We sincerely thank each one of them, as well as their families. And we warmly wish them the very best as they continue their noteworthy careers on board Thenamaris-managed vessels. Their contribution, and the contribution of the thousands of other seafarers working on board Thenamaris-managed vessels, has been, and will continue to be, imperative to help ensure the ongoing growth and prosperity of the company over the decades to come.

Marine Personnel
More than 2,900 seafarers are employed on the vessels managed by Thenamaris
On Board Careers
Attracting and retaining highly-skilled seafarers
Business Relationships
A global network of outstanding business partners
Health & Safety
Integral to our mission
Safety & Quality
Safety and quality are at the forefront of everything we do.